Save Jeff Wood from TX 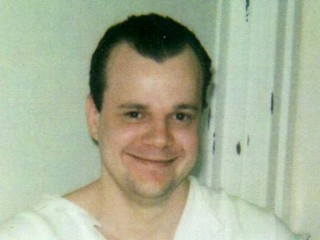 Help Texas Man Who Is Set for Execution Under the Law of Parties – Jeff Wood Did Not Kill Anyone. Texas does not assert that he did, yet Texas plans to kill Jeff Wood, a mentally challenged inmate, on August 24, 2016. SAVE JEFF WOOD, who has been on death row for 20 years! http://savejeffwood.com/

What will you do to help Jeff Wood? Will you share this article? Will you sign the petition at his website? Would you be willing to write letters? Make phone calls? Please state your intentions below, members and friends of Assistance to the Incarcerated Mentally Ill (AIMI). Jeff was hospitalized for a period of time after his arrest and treated for mental illness to get him "trial ready." Unfortunately, he fired his attorneys during the trial and never called any witnesses. American officials seemingly enjoy killing U.S. citizens with mental illness. Please help us tell eugenicists to desist.

Hear more about AIMI's efforts to SAVE JEFF WOOD at https://fccdl.in/NJXK592vG.

"Democracy Now" published three videos about Jeff Wood when a death warrant was issued in 2008. All are embedded below along with their individual links:


Question: What did the U.S. Supreme Court mean when it ordered that mentally ill people must not be executed? Obviously, Texas and other states need clarification, and the American people deserve clarification.

Update: We took the fight to SaveJeffWood to "The Prison Show" at 90.1 at KPFT on July 8, 2016. Mary Neal was a guest, and Jeff's sister, Terri Been, spoke before the end of the broadcast. We are grateful to Hank Lamb for his dedication to ending capital punishment. Please listen, download, and share:
http://kpft.org/programming/newstalk/prison-show/

Please comment below to notify Assistance to the Incarcerated Mentally Ill (AIMI) and Jeff's family how you plan to help prevent this tragedy. Thanks in advance. Just voicing your outrage might help. Blessings.

*******
Thank you for giving Assistance to the Incarcerated Mentally Ill.
It would be illegal to keep a dog in a tight space 23 hours a day and gas or Taser him for barking. It would be illegal to put a dog in deadly restraint for control. That happens to mentally ill people routinely in the nation's correctional facilities. What happened to Larry Neal? Why are we still asking that question after nearly 13 years, since August 1, 2003? Cover-ups regarding the wrongful deaths of mentally challenged inmates and free people in the USA are common and vile.

I will post a video of why our human rights blogs have no depository featured for public assistance at our YouTube channel "MaryLovesJustice Neal" and on our CreateSpace videos, which will be available for order or possibly free with a purchase of "The Cochran Firm Fraud" book, which reveals extreme censorship and persecution human rights advocates face from prison investors, with requests to law enforcement for relief from destruction of property and other crimes ignored.

Posted by MaryLovesJustice Neal at 8:37 PM