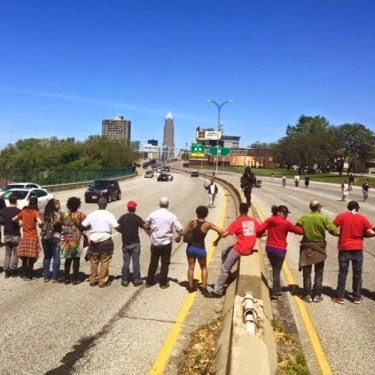 Advocates have made the world more aware about corrupt courts in the United States of America. Below, please find a letter proving that Georgia Superior Court reported "lost pleadings" from Neals vs. The Cochran Firm case in February 2006. Mary Neal personally inspected the court file in January 2006 and found all the documents in order. The docket recorded all the pleadings she had received and sent, and a court-stamped copy of each one was in the court file. Nevertheless, a letter to benefit The Cochran Firm's fraud was filed with the court of February 15, 2006 claiming falsely that two pleadings by Defendants had been lost by the Court.

The fraud was done because the pleadings were dated September 2, 2005, and the judge had only three months to respond to the Defendant's Motion to Dismiss (until December 2, 2005). That date had already passed by the time Mary Neal examined the Court record in January 2006 and saw the Cochran Firm's Answer and Motion to Dismiss were docketed by the Court and were in the file in date order as they should be. See the lying letter below.
http://www.wrongfuldeathoflarryneal.com/docs/Ex16_Lt.reLostPleadings.pdf


Judge Wendy Shoob proceeded to dismiss the Neals' lawsuit against The Cochran Firm based on several lies:

1) The Cochran Firm claimed falsely that Cochran Cherry Givens Smith & Sistrunk (CCGSS), where the Neals served their lawsuit against The Cochran Firm, was not one of The Cochran Firm's national offices and had no sister office in Memphis, Tennessee where CCGSS arranged for the Neals to sign contract with the frauds for representation regarding the secret arrest and wrongful death of Larry Neal, a mentally, physically disabled black man who Memphis police arrested and kept secretly incarcerated 18 days while denying such incarceration to his family and social worker, and was killed by yet undisclosed means.

2) Judge Shoob claimed falsely that the Neals did not specifically name "fraud" as an allegation against The Cochran Firm, although that is false. The cause of the lawsuit was named as being FRAUD on the lawsuit's cover sheet (cause of action) and throughout the Plaintiff's Complaint.

3) The Cochran Firm disclaimed any association with The Cochran Firm office in Memphis, Tennessee despite the fact that CCGSS arranged the Neals' contract signing at that location and CCGSS was registered by the Tennessee Secretary of State's office as a company doing business out of the Memphis Cochran Firm law office on Union Avenue.

Elite white people and black people done got together against little people
And they imprisoning 'em and waterboarding 'em and executing 'em
OH, LAWD! OH, LAWD!

Listen people, here's what we gotta do
Better get together, or they're coming for you!
OH, LAWD! OH, LAWD!

A few months after Judge Wendy Shoob wrongly dismissed "Neals vs. The Cochran Firm" case, Atlanta police officers staged a home invasion on 92-year-old Kathryn Johnston and killed the elderly black woman in a hail of gunfire. She died handcuffed on the floor of her Neal Street home where she lived alone. Two police officers were incarcerated for a short period for murdering her, and The Cochran Firm frauds "represented" Johnston's survivors in a wrongful death civil action. The Cochran Firm falsely told the public during a press conference on November 21, 2007, that it had just filed an $18million lawsuit against the City of Atlanta on behalf of its client, Sarah Dozier, in connection with the police murder of her aunt, but Mary Neal could find no evidence that a lawsuit had actually been filed for Dozier in State Court or Georgia Superior Court after the lawsuit supposedly "settled" in August 2010. The Johnston lawsuit is listed as having been "transferred" from State Court to United States District Court, Northern District of Georgia to be heard by Judge Marvin H. Shoob, father of Superior Court Judge Wendy Shoob.

Defrauding black legal consumers through The Cochran Firm is apparently a family affair in Georgia. While The Cochran Firm was defending itself against the Neals' second lawsuit, in federal court before Judge Timothy Batten, still claiming nonexistence in Georgia and adding claims of nonexistence in Memphis, The Cochran Firm was simultaneously "acting" in federal court in Judge Shoob's courtroom as attorneys for Kathryn Johnston's survivors. That lawsuit was settled for less than a third of the alleged demand without trial, because Fulton County residents who would be the jurors were devoted to justice for Kathryn Johnston's brutal murder.

Years later, Cochran Firm partner and national president, Hezekiah Sistrunk, Jr., advised his client, Dozier, to lie to Georgia Probate Court and disclaim any outstanding invoices against Johnston's estate, although she had received an invoice for public relations from Rev. Mechel Hutchins. As a result, Hutchins sued Dozier and The Cochran Firm. Hutchins settled with Johnston's estate, and his lawsuit continues against The Cochran firm for initiating the fraud against Georgia Probate Court to deny his invoice. Dozier was subjected to Legal Abuse Syndrome repeatedly by her attorneys at The Cochran Firm and did not live through Hutchins' lawsuit against her after following Sistrunk's bad advice and defrauding Probate Court.

When courts and lawyers collude, as happened in the Neals vs. The Cochran Firm cases (Superior Court and federal court), U.S. citizens are treated as though their right to life is "immaterial," which is basically what Judges Hunt and Batten ruled in the "Neals vs. Cochran Cherry Givens & Smith" case in federal court. It was surprising that Hunt ruled in the case at all, since he initially recused himself when he was assigned the case.

African Americans cannot win while represented by corrupt lawyers in courts that do not value justice above racism. A list of other Cochran Firm fraud victims (including former Cochran Firm attorneys and clients) is in an article called "Beware of Treacherous Lawyers - The Cochran Firm." Unfortunately, mainstream media companies as well as state bar associations and consumer protection agencies, including FCC and FTC, help perpetuate The Cochran Firm frauds against African Americans by withholding disclosure and censure. Instead, Mary Neal's reports about the frauds listed on this page and against many other people are censored by RawStory.com and other so-called independent "liberal white" media companies as well as so-called black-owned media.

Elite white people and black people have gotten together against "little people" - everyone who lacks wealth, particularly African Americans. Their unity happened centuries ago, resulting in slavery, Jim Crow, and black people's continued subjugation to racism, wrongful deaths, and financial oppression under the color of law.

A FUNDRAISER is currently underway to collect money for bail and legal defense for Cleveland protesters against Brelo's acquittal after the murder of an unarmed black couple in Cleveland, Ohio. Officer Brelo jumped on top of their car and fired 40 bullets into the windshield, reloading and continuing to fire, but he was acquitted last week. A photo of the Cleveland, Ohio protesters is above in this article.
https://www.crowdrise.com/LegalBailAssistanceforCleveland/fundraiser/ClevelandAction﻿


**********
Thanks for participating in the "Human Rights for Prisoners March" across the Internet
to demand respect for all people. All lives matter.
Blogtalkradio - Human Rights Demand channel and NNIA1 channel
Mary Neal, director