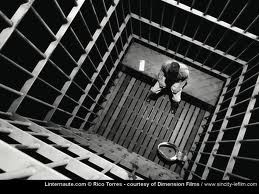 The men at Pelican Bay Short Corridor want this sent to all media outlets asap. Forward, please, and make this viral on the internet. Send to friends, supporters, and family members ASAP. Thank You! - Kendra Castaneda

Pelican Bay Short Corridor Update (December 2011)
A Shout-out of respect and solidarity – from the Pelican Bay Short Corridor – Collective – to all similarly situated prisoners subject to the continuing torturous conditions of confinement in these barbaric SHU & Ad/Seg units across this country and around the world.
This is our update of where things currently stand and where we’re going with this struggle – for an end to draconian policies and practices – summarized in our “Formal Complaint” (and many related documents published and posted online, since early 2011)
As many of you know… beginning in early (2010), the PBSP – SHU Short Corridor Collective initiated action to educate people and bring wide spread exposure to – the (25+) years of ongoing – progressive human rights violations going unchecked here in the California Department of Corruption – via dissemination of our “Formal Complaint” to 100’s of people, organizations, lawmakers, Secretary Cate, etc… wherein, we also sought support and meaningful change.
The response by CDCR – Secretary Cate was “file an inmate appeal” (collectively, we’d filed thousands); therefore, after much reconsideration and dialogue, the collective decided to take the fight to the next level via peaceful protest action – in the form of hunger strike.
With the above in mind – beginning in early (2011)… we again sought to educate people about the ongoing torture prevalent in these prison systems – solitary confinement units; and pointing out our position that – the administrative grievance process is a sham, and the court system’s turned a blind eye to such blatantly illegal practices – Leaving us with no other meaningful avenue for obtaining relief, other than to put our lives on the line and thereby draw the line and force changes, via collective peaceful protest hunger strike action.
We believed this was the only – fully advantageous – way for us to expose such outrageous abuse of state power, to the world and gain the outside support needed to help force real change.
We requested support in the form of – asking people to write letters to those in power… we received more support than we ever expected – in the form of letters, rallies, and hunger strike “participants” – more than (18,000) similarly situated prisoners and some people on the outside!
All united in solidarity, with a collective awareness – that the draconian torture practices described in our “Formal Complaint” are prevalent across the land; and that – united in peaceful action, we have the power to force changes.
The hunger strike actions of (2011) achieved some success, in the form of – mainstream world wide exposure – solid, continuing outside support – some small improvements to SHU/Ad-Seg unit conditions … and assurances of more meaningful – substantive changes to the overall policies and practices re: basis for placement and amount of time spent, in such units – a substantive review of all prisoners files, per new criteria – and more change to the actual conditions in such units.
However, this fight is far from over! Notably, the second hunger strike action was suspended in mid-October … in response to top CDCR administrator’s presentation that the substantive changes be finalized… would be provided to “the stakeholders” (this includes our attorneys), within 60 days for comment. To date, CDCR hasn’t produced anything re: SHU/Ad-Seg policy changes; and PBSP’s Warden has not even replied to the (2) memo’s we’ve sent him concerning – additional program – privilege issues, per core demand #5 (see footnote #1 below)
Naturally, many people are not happy about CDCR’s failure to abide by their word – again – and they are asking… “what’s the next move in this struggle?”
Based on our collective discussions, our response is … people need to remain focused, and continue to apply pressure on CDCR, via letters, emails, fax, etc… summarizing the continuing core demands – immediately! There’s real power in numbers!! (see addresses to contact below, at footnote #2)
It’s important for everyone to stay objective and on the same page – remember… united we win, divided we lose. And, if we don’t see real substantive changes within the next 6 months… we’ll have to re-evaluate our position.
Additionally, now is a good time for people to start a dialogue about changing the climate on these level IV mainlines… As it stands now, these lines are warehouses, with all the money meant for programs – rehabilitation, going into guard pockets.
It’s in all of our best interests to change this in a big way, and thereby force CDCR to open these lines up and provide all of us with the programs and rehabilitative services that we all should have coming to us!!
Respect and Solidarity,
T. Ashker, A. Castellanos, Sitawa (s/n Dewberry), A. Guillen
-Dec. 2011-
Footnote#1: To date, we’ve received zero improvements re: core demand #5 … while Corcoran and Tehachapi have gained on canteen and dip-pull up bars – which, is all good. This is an example of what we pointed out in our “Formal Complaint” re: disparate treatment at PBSP-SHU compared to other SHU’s.
This is also a typical CDCR attempt to create discord and disruption to our unified struggle…we’re certain this feeble move will fail because all of us understand what our main objective is – an end to long term torture in these isolation units! It is our fundamental right to be treated humanely… we can no longer accept state sanctioned torture – of our selves! (and, our loved ones!) and we remain unified in our resistance!!
Footnote#2: Addresses of people to write
1. Tom Ammiano, Assemblyman                                     2. Gov. Edmund G. Brown
Capitol Bldg. Rm# 4005                                                      State Capitol, Ste #1173
Sacramento, CA 95814                                                      Sacramento, CA 95814
Phone# 916-319-2013                                                         Phone# 916-446-2841
Fax# 916-319-2113                                                             Fax# 916-558-3160
3. CDCR – Secretary Matthew Cate                                    4. Carol Strickman, Attorney at Law
1515 S. St. Ste. #330                                                            1540 Market Street, Ste. #490
Sacramento, CA 95811                                                          San Francisco, CA 94102
Phone# 916-323-6001                                                            Phone# 415-255-7036
Fax# 415-552-3150
All inmates correspondence to these people should be sent ‘confidential mail’ and anyone outside of prison, supporters, family members, etc… Please write and also email.
Posted by MaryLovesJustice Neal at 3:28 PM No comments: