A man who was condemned to life without parole under the three-strikes law asks for your help. He claims that his third strike was a wrongful conviction. We take issue with the three-strikes law. Crime and punishment is not a ball game. It is wrong to incarcerate a person for life without the possibility of parole except in certain murder cases where guilt is irrefutably proved and likely to repeat if the inmate is released. No murder occurred in Brian Isham's convictions, yet he was condemned to spend the rest of his life in prison before age 40. 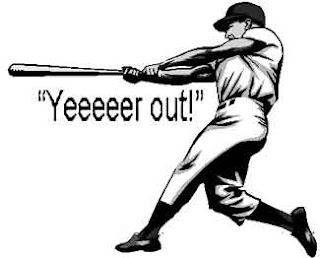 Stanford Law School conducts a project that challenges the three-strikes policy in California. The website states, "Among other claims, the Project has successfully argued that our clients were denied effective representation of counsel, in violation of the Sixth Amendment; and that our clients' sentences constitute cruel and unusual punishment, in violation of the Eighth Amendment." See more at the url below.

Nearly all defendants sentenced to prison under the three-strikes law had been abused as children. Michael Romano, director of the Stanford project, said the project's clients had been homeless for extended periods, and many were illiterate. None had graduated from high school. In other words, these were discarded people who could be made to bear the brunt of this brutal law without risk of public backlash.

Brian Isham fits the profile of three-strikes inmates in California as described by NY Times and Stanford Law School, although he was sentenced in Georgia. Isham was removed from his mother as a child and lived in institutions and foster homes until adulthood. He found his birth family since being sentenced to life in prison and learned that his mother is a recovering crack addict. One can only imagine what Isham's life was like before being removed from his mother and after being placed in institutions and foster homes. Isham was convicted by an all-white Georgia jury, and he says his attorney did little to argue his innocence. He admits to having done criminal acts in his past and feels he was tried on his record. Isham was sentenced to life without parole.

At this point, Isham is preparing to file a petition for habeas corpus. That is where your help is needed. "A writ of habeas corpus is used to bring a prisoner or other detainee before the court to determine if the person's imprisonment or detention is lawful. In the US system, federal courts can use the writ of habeas corpus to determine if a state's detention of a prisoner is valid. A habeas petition proceeds as a civil action against the State agent (usually a warden) who holds the defendant in custody" (Cornell Univ. Law School).

Isham has an opportunity to have his petition for habeas corpus filed, but he requires our help raising legal fees. Many people talk about ending mass incarceration, but Isham's case requires individuals to do more than talk, march, sign petitions, and protest prison profiteering. He requests that we share the expense of his habeas corpus petition by sending certified checks and money orders to:
Legal Defense Fund for Brian B. Isham
GDC ID: 000.051.1894
National Legal Professional Ass.
11331 Grooms Rd., Suite 1000
Cincinnati, OH 45242
(513) 247-0082
Congratulations to the U.S. Supreme Court, which recently ruled that a prisoner who presents credible evidence of his innocence can overcome a procedural barrier that he waited too long to go to court. You can read about it in this Washington Post article
http://www.washingtonpost.com/politics/supreme-court-gives-inmates-more-leeway-to-challenge-convictions/2013/05/28/f144e6a0-c7aa-11e2-9245-773c0123c027_story.html
See links to other related news at the three links below:

THE OTHER DEATH PENALTY
http://www.theotherdeathpenalty.org/
A sentence of life without the possibility of parole is a death sentence. Worse, it is a long, slow, dissipating death sentence without any of the legal or administrative safeguards rightly awarded to those condemned to the traditional forms of execution. It exposes our society’s concealed beliefs that redemption and personal transformation are not possible for all human beings, and that it is reasonable and just to forever define an individual by his worst act. Life without the possibility of parole is wrong and should be abolished.

If any links fail, please sign my petition regarding censorship applied to protect the prison industrial complex and email the USDOJ at AskDOJ@usdoj.com. Thank you.

Posted by MaryLovesJustice Neal at 6:06 PM No comments: