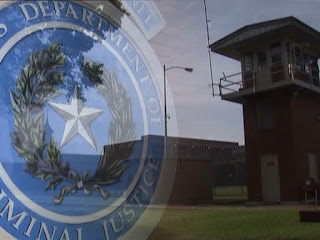 Despite the fact that America reaffirmed its adherence to the United Nations Convention Against Torture in 2015, Texas correctional facilities force inmates to choose between drinking water with arsenic in it or dying of heat stroke. WFAA journalists investigated the story and reports, "A federal judge is ordering Texas prison officials to stop forcing inmates to drink water laced with dangerous levels of arsenic. The cancer-causing chemical has been found in the water at one Texas prison for the past 10 years. Yet, according to the judge, state prison officials have done little or nothing to make the water safe." Read more at the link below and see the news broadcast.
http://www.wfaa.com/news/local/investigates/arsenic-or-heat-stroke-for-texas-inmates-a-tough-choice/260764682

Eugenicists over correctional facilities in the United States use a myriad of ways to kill inmates. Some are inmates are baked, boiled, starved, beaten and/or Tasered to death, suffocated, killed by proxy (guard use other inmates) and forced duels while guards take bets as to which inmate will win. Texas prefers executions and arsenic poisoning. Eugenicists in Washington wink at the crimes against humanity. Justice Department officials could be accepting payoffs in prison profits or other good and valuable consideration to let police departments and correctional institutions brutalize and kill inmates, as was alleged in Wallacy County, Texas in 2008 regarding former Vice President Dick Chaney and former Attorney General Antonio Gonzales. The charges led to indictments against these and other parties in the legal system, but the criminal cases never went to trial. They were dismissed by a judge whom the district attorney had asked to recuse himself.

It should not be surprising that Texas gives inmates a choice between drinking arsenic water or dying of dehydration or heat stroke. The state set an execution date of August 24, 2016, for a mentally disabled man who the state acknowledged killed NOBODY - Jeff Wood, who was convicted under the "law of parties." Sign petitions to Save Jeff Wood

While America bombs other countries and executes presidents, reportedly because they killed their own citizens, it would behoove U.S. officials to stop killing so many Americans under the color of law, although it is apparently entertaining and financially lucrative for them. In blaring conflicts of interest, most U.S. officials over crime and punishment are also prison investors who benefit every time an American is sentenced to jail or prison - the longer the better. Condemned people and citizens with serious mental illness are most lucrative, because they are generally isolated in solitary confinement.

Americans can combat human trafficking (also known as mass incarceration) three ways: 1) Pass congressional bill H.R.3543 "Justice Is Not for Sale Act," which would end government contracts with privatized jails and prisons within three years; 2) pass congressional bill H.R.2646 "Helping Families in Mental Health Crisis Act," which includes provisions for treatment before avoidable tragedies, such as murders, by untreated mental patients; and 3) insist that all judges, district attorneys and defense lawyers, forensic laboratory technicians and administrators, and lawmakers must Divest or Resign http://DivestorResign.blogspot.com . When given a choice between doing justice or making money, officers of the court and other government officials usually choose the money.

The description below of H.R.3543 is an excerpt from an article in "Justice Gagged" blog about Leonard Moreno, 18, called "Facebook Hides Teen in Solitary in Sheriff Joe's Jail 3 yrs"
https://justicegagged.blogspot.com/2016/07/facebook-hides-teen-in-solitary-in.html

The H.R.3543 - "Justice Is Not For Sale Act" was introduced in September 2015 by Senator Bernie Sanders and other representatives. "CommonDreams" reports at the link below that the bill would
~Bar federal, state, and local governments from contracting with private companies starting two years after the bill is passed;
~Reinstate the federal parole system to allow "individualized, risk-based determinations regarding each prisoner and restore fairness in the system;"
~Increase oversight to prevent companies from overcharging inmates and their families for services like banking and telephone calls;
~End the requirement that Immigration and Customs Enforcement maintain a level of 34,000 detention beds; and
~End immigrant family detention.
http://www.commondreams.org/news/2015/09/17/justice-not-sale-sanders-leads-charge-against-profit-prisons

H.R.3543 should be amended to add two more provisions: 1) Make the Fair Sentencing Act retroactive; and 2) mandate that no defendant can be denied trial for years while under arrest even if they are influenced to waive their right to a speedy trial, particularly children and mentally ill defendants. There should be a mandated time limit set for prosecutors to present their evidence in court or release the defendants. In Mississippi, two mentally ill, black men were held without trials for 7 and 8 years, respectively. Meanwhile, taxpayers were forced to pay prison fees for the containment of these defendants who were innocent until proved guilty in a court of law.

All Americans should join the Human Rights for Prisoners March. According to Justice Scalia, deceased, the notion of incarcerating masses of Americans in concentration camps without cause and minus any opportunity for defense is foreseeable.

When the righteous are in authority, the people rejoice: but when the wicked beareth rule, the people mourn. ~Proverbs 29:2
*****
Thanks for participating in the "Human Rights for Prisoners March" across the Internet to demand respect for all people. All lives matter.
"Human Rights for Prisoners March" blog
http://HumanRightsforPrisonersMarch.blogspot.com
Visit the Human Rights Demand and NNIA1 Blogtalkradio channels
http://mljradio.blogspot.com
Mary Neal, a/k/a MaryLovesJustice, director
(678)531-0262
MaryLovesJustice@gmail.com

Comments are invited in the comments field below. Sharing all or sections of articles in this blog with a link to the source is encouraged. Your donations are solicited and appreciated http://www.paypal.com/marylovesjustice or to my email box from Chase, etc.
Posted by MaryLovesJustice Neal at 2:28 PM