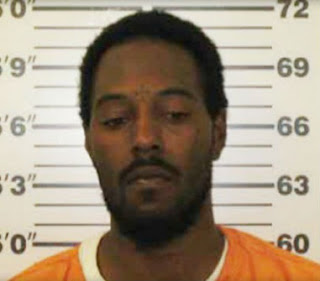 The naked body of a so-called "escaped" North Carolina inmate was found decapitated. His murder is listed as a "suspected homicide," and his head was not yet found. Activists are demanding proof that Kevin Singleton, 26, actually escaped.

According to the CorrectionsOne, Singleton escaped two weeks ago from Chowan County Detention Center after threatening a correctional officer with a toothbrush shank. Therefore, he was likely in SHU.

A year ago we aired radio broadcasts about Houdini blacks who allegedly committed suicide while in custody and handcuffed behind their backs. Most of them supposedly managed to retrieve weapons that were not found during multiple searches. Now we have prison escapees who turn up dead and decapitated, but there are no suspects.﻿

Condolences to the family and friends of Kevin Singleton.

Comments are invited in the comments field below. Sharing all or parts of articles in the Human Rights for Prisoners March blog with a link to the source is encouraged.
Posted by MaryLovesJustice Neal at 2:38 PM