No Confidence in the Justice Department

NSA, CIA, CoIntelPro, or whoever is censoring me today, please tell your bosses that IF they wanted people to believe the Justice Department will address Michael Brown's death fairly, they should have addressed the Wrongful Death of Larry Neal fairly instead of joining a RICO Act racketeering conspiracy, including censorship and persecution of his survivors to hide the secret arrest and murder of a mentally, physically disabled black man.

We have NO CONFIDENCE in the Justice Department's intentions to act fairly to unarmed black youths or mentally ill people of all races who are gunned down like Brown was or interned for PRISON PROFITS, denied treatment, beaten, Tasered, pepper sprayed, and tossed in solitary confinement, if they are lucky. Many of them die at the hands of prison and jail guards who you employ and pay our tax dollars and keep employed without criminal charges even after their murders. Your record for upholding human rights of Americans is bad, and it is about to get a whole lot worse. http://WrongfulDeathofLarryNeal.com/

Assistance to the Incarcerated Mentally Ill and human rights lawyers are taking the denial of treatment, incarceration, brutality and murders of mentally ill Americans before the World Court. Hear about the plan at our August 12 broadcast
http://www.blogtalkradio.com/humanrightsdemand/2014/08/12/human-rights-demand-for-justice

The second half of the tape at the above link is about Memphis Crisis Intervention Team (CIT) training - a national model that is sometimes ignored by Memphis Police Department to the detriment of persons with mental illness in that area. That is why a 19-year-old mentally ill youth was shot to death by police in 2012 in Memphis. See below an excerpt from "Memphis Body Count."

Memphis police officers shot and killed another black man. The most recent of six victims in 2012 was Christian Freeman, 19, a paranoid schizophrenic. He was killed on June 12, 2012, about 1:40 a.m. behind FedExForum near Fourth and Beale. Police claim Freeman charged at two officers with a knife and they shot him to death. That was Freeman's second encounter with police. He spent a month in a mental health ward after allegedly yelling and making obscene gestures at police officers in April 2012 at Fourth and Beale. Freeman's uncle in Texas, Todd Jones, said police should have tried to incapacitate and restrain Freeman rather than shooting him. Memphis Crisis Intervention Team (CIT) is used as a model for intervention services regarding arrests of mentally ill people in crisis, but Memphis police do not use it.
http://freespeakblog.blogspot.com/2012/09/memphis-police-body-count.html

During the radio broadcast at "Human Rights Demand," we discussed H.R.3717, AOT, and other changes needed regarding how serious mental illness is treated in America. Please refer all affected persons to AIMI for possible inclusion in the 100 cases that will be prepared for our Complaint to the World Court on behalf of mentally ill Americans, who can expect NO PROTECTION FROM PRISON INVESTORS IN THE U.S. JUSTICE DEPARTMENT.

While you decide which part of this article to censor, I will be on to something else. Blessings.

Paragraph 1 repeated (because the censorship staff often opens my articles on cellphone view after the first part, which they censor): NSA, CIA, CoIntelPro, or whoever is censoring me today, please tell your bosses that IF they wanted people to believe the Justice Department will address Michael Brown's death fairly, they should have addressed the Wrongful Death of Larry Neal fairly instead of joining a RICO Act racketeering conspiracy, including censorship and persecution of his survivors to hide the secret arrest and murder of a mentally, physically disabled black man. 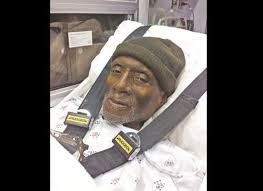 Samuel D'Aquilla is up for re-election. He is the Louisiana prosecutor who brought a new conviction against former Black Panther Party member Herman Wallace while Wallace was on his deathbed. Wallace was released from Angola Prison where he spent 43 years in solitary confinement as part of the Angola 3, but he lived only three days as a "free" man. Someone uses D'Aquilla's former website to question his integrity. The website welcomes public comments.

When people do not renew their contracts with website hosts, their website names are sometimes sold. Apparently this is what happened with Louisiana Prosecutor Samuel D'Aquilla's website. Since election day is coming soon and D'Aquilla has an opponent for his position, this could not have happened at a worse time. There is no telling what comments people will publish on D'Aquilla's former website, and the information already provided by the new website owner is not at all flattering. He/she claims that D'Aquilla is trying to find out now who the new owner is. 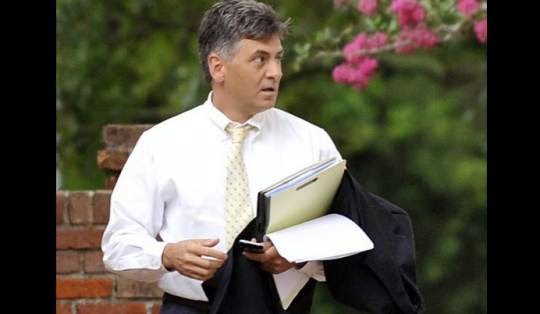 Thanks for participating in the "Human Rights for Prisoners March" across the Internet to demand respect for all people.