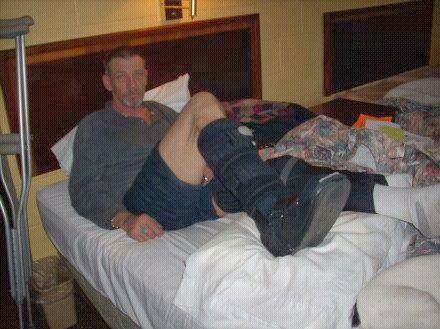 Above is a photo of Robert "Cotton" Kirkland upon his release from Boulder Co. Jail, Colorado. His right leg was broken and his left ankle was badly sprained. He must return to court in Boulder County on February 20, 2014, for a probation violation hearing. Kirkland invites concerned people to meet him there and report back if he is again arrested in the jail where he nearly died of shock after abuse but was denied medical treatment. Robert has filed a federal lawsuit against his arresting officers. The U.S. veteran did not take money out of his measly $600/mo income to pay probation fees related to the plea deal he agreed to sign in order to get released from jail and finally get medical attention for the injuries he suffered during his arrest. Robert said he was held eight days without medical care for his legs, which were hurt when he was arrested for making excessive noise.

Former inmates report that Boulder County Jail maintains a "torture room" where inmates are placed in a restraint chair. There was no camera in that room until former inmates fought for it.

2. The Chair and the Camera www.boulderweekly.com/article-10477-the-chair-and-the-camera.html

RADIO INTERVIEWS WITH VICTIMS - Robert Kirkland and Joshua David Johnson, another former inmate at Boulder County Jail, appeared on the "Human Rights for Prisoners March" Blogtalkradio program twice in February 2014. These men and Holly Alston, mother of a Pennsylvania inmate Terrell Scott, discussed torturous incarceration and enforced plea bargaining. The broadcasts are at the two links below:

See entertainer Sean Levert being killed in a restraint chair like the one Boulder County Jail uses in the video embedded below and at YouTube
http://youtu.be/U50gOUGQzLk

Please listen to "Human Rights for Prisoners March" on Blogtalkradio every Monday night at 9pm PST at the National Network in Action (NNIA1) channel. Comments are invited on the radio shows, at this article, and at all the articles in this blog. See the index listing the articles on your upper-right margin. Articles and radio shows are published to inspire prison reform and better police oversight. You are invited to TRY to "follow" us at Blogtalkradio and at our "Human Rights for Prisoners" blog.

Posted by MaryLovesJustice Neal at 1:41 AM No comments:

Janice Howe invites help for her wrongfully convicted cousin, Juan Rojas. She and Juan's mother, Sharlene Rojas Howe, his uncle and sister were guests on our first "Release the Innocent" broadcast on February 8, 2014. "Human Rights Demand" BlogTalkRadio channel presents testimony that was never heard in trial. We hope that an attorney or innocence project and prisoner activist organization will contact Rojas's cousin, Janice Howe, and offer help. Contact Janice Howe at mzjadrian@gmail.com or Mary Neal at MaryLovesJustice@gmail.com if you want justice for Juan Rojas. Everyone can help by sharing the link to this radio broadcast with your friends and online organizations.
http://www.blogtalkradio.com/humanrightsdemand/2014/02/08/release-the-innocent﻿
Juan Rojas is pictured below with some of his family members. He is wearing brown. 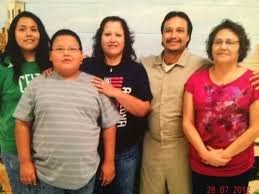 Thousands of innocent people are released from incarceration every year. Most of them are released because they served their sentences. Between 5k and 10k people are wrongfully convicted each year. The Univ. of Mich. Law School Innocence Clinic says most wrongful convictions are caused by:

Eyewitness Misidentification - This is the single greatest cause of wrongful convictions nationwide.
Junk Science - Many forensic testing methods are applied with little or no scientific validation and with inadequate assessments of their significance or reliability.
False Confessions - Innocent defendants sometimes make incriminating statements, deliver outright confessions, or plead guilty.
Government Misconduct - Sometimes government officials take steps to ensure that a defendant is convicted despite weak evidence or even clear proof of innocence.
Snitches - Often, statements from people with incentives to testify help convict the innocent.
Bad Lawyering - The failure of overworked or corrupt lawyers to investigate, call witnesses, or prepare for trial.

The U.S. Supreme Court has not determined that actually innocent people have a right to have their post-conviction evidence considered by courts. We will consider it on this show and make a human rights demand to "Release the Innocent" every Saturday at 3:00pm EST. Contact MaryLovesJustice Neal to discuss a wrongful conviction for an inmate who you care about.

Please listen to our first broadcast of "Release the Innocent" on "Human Rights Demand" at the link below, and share the link with your family, friends, and social networks.
http://www.blogtalkradio.com/humanrightsdemand/2014/02/08/release-the-innocent﻿

Also on the "Human Rights Demand" channel, please hear "Law Enforcement and Corrections with Integrity" every Thursday at 1:00pm EST. The host, Britton Mosley, is a veteran, a former police officer and prison guard. His guests are persons with a background in law enforcement and corrections, or persons with re-entry programs, and former inmates. Britton.Mosley@gmail.com is his email address. 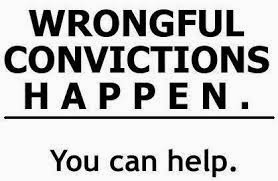 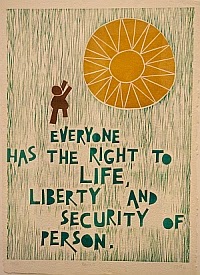