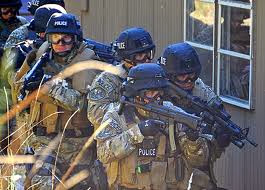 On December 19, 2013, a sheriff’s deputy was shot and killed during an attempt to serve a “no knock” warrant near Sommerville, Texas. Just before 6:00 A.M., an eight-member SWAT team broke through the Henry Goedrich Magee's door to serve a warrant which would permit the team to search the mobile home in which Magee and his pregnant girlfriend lived. Reacting to the pre-dawn forced entry, Magee grabbed a rifle propped against a bedroom door frame and fired at the unidentified intruders, killing sheriff’s deputy Adam Sowders, who was 31. No one else was injured. Magee was taken into custody. His bail was set at a whopping $1 million, and Magee has been charged with capital murder, punishable in Texas by life in prison without possibility of parole or death by lethal injection. (Reference: Western Journalism.com article at the url below.) 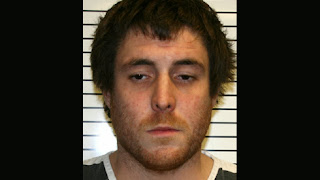 The dead officers' family should sue the Sommerville, Texas police department for putting Officer Sowders in the position to be shot while breaking into an American citizens' home. Police departments know that Americans have the right to bear arms and that home invasions happen. My condolences to the deputy's family and close friends. Magee should plead not guilty, refuse to accept plea deals, and proceed to a jury trial. Naturally Magee tried to protect himself and his pregnant girlfriend from home invaders who they had no way of knowing were S.W.A.T. team members, because officers did not identify themselves. 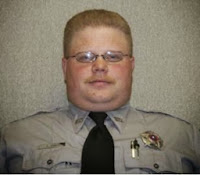 Police officers should always knock and announce themselves loudly, even if they do not wait for citizens to open their doors. So many citizens of all races and ages are dead because they allegedly tried to stop invaders who they believed were robbers breaking into their homes, but the invaders were actually police officers. The dead include 92-year-old Kathryn Johnston, formerly of Atlanta, Georgia.

In Johnston's case, the police officers may actually have been robbers. Robbery was reportedly one of the initial criminal charges against police officers who shot the elderly black woman numerous times in 2006, then tried to get a snitch to report falsely that he had bought drugs from Johnston's home. The police informant refused to lie about Johnston and went to the FBI and media instead. The (Johnnie) Cochran Firm contracted to represent Johnston's family in a wrongful death civil action and defrauded them to protect the City of Atlanta. The Cochran Firm claimed to have filed a lawsuit for $18 million, but the State Court where the lawsuit was supposedly filed had no record of it when I checked on August 18, 2010, immediately after the lawsuit was settled. The lawsuit was allegedly transferred from State Court to United States District Court, Northern District of Georgia, where it was settled for less than a third of the amount of demand without a jury trial. But the lawsuit actually seemed to have no origin in any court. 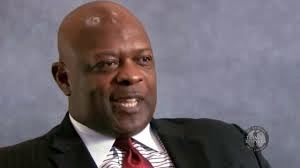 The Cochran Firm regularly defrauds its own clients to save police departments and major corporations from its black clients' lawsuits. In 2012, the executor of Johnston estate's, her niece Sarah Dozier, also died. Her death prevented my telling her about her lawyers. Dozier died after Hezekiah Sistrunk, Esq. (pictured) gave her bad legal advice. He instructed Dozier not to be honest with Probate Court. Dozier therefore failed to acknowledge having received an invoice from a minister who claimed he was due 10 percent of the Johnston settlement monies because he was a spokesman for the family during their tragedy. When the minister sued Dozier for ignoring his invoice and lying to the court, that kept Dozier in contact with her very treacherous attorneys. There is no telling WHAT happened after that. Sssssistrunk and The Cochran Firm frauds are unpredictable when caught in wrongdoing. This writer hopes Dozier did not threaten to sue The Cochran Firm for Sistrunk's bad legal advice, which caused Dozier to defraud the court and get sued. The Cochran Firm would not have liked that, based on my experiences after suing the frauds.

Whoever Henry Goedrich Magee chooses to represent him against murder charges connected with shooting in self-defense during the police raid on his home, hopefully it will not be The Cochran Firm. According to Shawn Chapman-Holley, a former Cochran Firm attorney, Johnnie Cochran asked his new law partners (to whom he sold an interest in his firm) not to handle any criminal defense cases (NPR interview url is below). That makes me think Cochran knew they could not be trusted and are possibly prison investors. People who trust The Cochran Firm with civil actions can only lose money, but criminal defendants might lose their freedom or their lives. The Cochran Firm even represents defendants facing the death penalty, although it has a record of deliberately "throwing the fight" in select cases.

Sarah Dozier, center, being escorted from the funeral of her aunt, Kathryn Johnston,
was shot to death by police officers in Atlanta

We should all petition our local and federal government officials to dispense with no-knock warrants. They are usually served by enough police officers to cover all exits to a house. It would be safer for everybody if police always announce themselves, even if they still enter by force. I do not think most people -- especially innocent people -- would expect a S.W.A.T. team to be entering their homes. Most people might think the police were robbers and try to protect themselves, if possible, like poor, ofd Kathryn Johnston and Henry Magee did. Therefore, Magee should take his murder case before a jury of his peers who are likely to sympathize with his actions during his home invasion. It is an unfortunate situation for everyone, but this was not a murder.

This article contains three(3) urls, one(1) email address, five(5) photos. Paragraph 1 is repeated below: NEXT TIME KNOCK! ~ S.W.A.T. Officer Killed Serving No-knock Warrant in Texas On December, 2013, a sheriff’s deputy was shot and killed during an attempt to serve a “no knock” warrant near Sommerville, Texas. Just before 6:00 A.M., an eight-member SWAT team broke through the door of Henry Goedrich Magee to serve a warrant which would permit the team to search the mobile home in which Magee and his pregnant girlfriend were living. Reacting to the pre-dawn forced entry, Magee grabbed a rifle propped against a bedroom door frame and fired at the unidentified intruders, killingsheriff’s deputy Adam Sowders, who was 31. No one else was injured, and Magee was taken into custody. His bail was set at a whopping $1 million, and Magee has been charged with capital murder, punishable in Texas by life in prison without possibility of parole or death by lethal injection. (Reference: Western Journalism.com article at the url below.)
Posted by MaryLovesJustice Neal at 6:58 PM

Petition by iPetitions
PETITION: Save Florida Inmate Damion Hayes from SHU
http://petitions.moveon.org/sign/save-florida-inmate-damion﻿
Petition for a PRISON RAPE HOTLINE, a toll-free phone number for inmates to report sexual assaults directly to the U.S. Dept. of Justice, 24 hours a day, seven days a week.https://www.causes.com/campaigns/75722-stop-prison-rape